The latest Summit NOLA property has quite a history
September 16th, 2014

We are happy to be working on another New Orleans property! From wood & coal storefront to a hotbed of illegal activity during the prohibition era, this storied building is now on its way to a full restoration thanks to the Summit NOLA team! 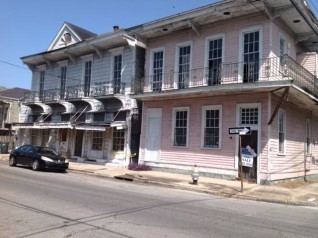 Here is the history of this Carondolet property:

The number 597 relates to the previous numbering system which was changed in the mid-1890s. It seems the building was constructed between 1883 and 1890, when an entry for that address first appears listing a “John Disimoni” as a wood and coal merchant. In 1893, the restaurant first appears, “John Disimone, saloon and restaurant, 597 Carondelet, r. same.” 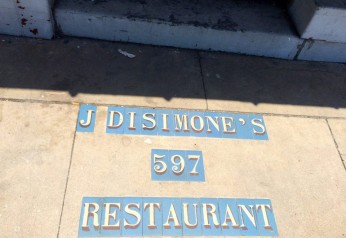 John Disimone is believed to be the original proprietor. He came over to New Orleans at the age of 6 from Ustica, Italy. His son Felix J. Disimone (born 1898) appears to have taken over the business and operated it until his death at 30 years old in 1928. His obit reads, “Hundred of mourners crowded Sacred Heart church late Sunday afternoon to attend the final rites for the late Felix J. Disimone, restaurateur, who died early Saturday. The cortege followed the body to Metairie cemetery….Mrs. Rachel Fallo Disimone, his widow, is the only survivor. Mr. Disimone was one of the best known restaurant men in the city. Although only 30 years old he had conducted for many years his place at 2505 Carondelet street which was previously operated for many years by his parents.”

During the 20s and 30s the restaurant shows up in repeated articles for various “vice” crackdowns. In 1928 it was raided by the Vice Squad along with 13 other suspected saloons. There was certainly criminal activity going on at Disimone’s in the ‘30s. Four years after the ’28 raid six more suspects were arrested at Disimone’s during a liquor raid. Three years after that in July of 1936 the vice squad came back and seized and smashed slot machines found at the restaurant.

As you can see by the photos, the property is in need of some TLC from the Summit NOLA crew, and we have already started working on restoring it to a much better state! 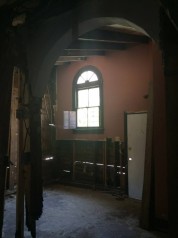 Interested in learning more? Contact us today. Who knows? You may end up owning a part of NOLA history!